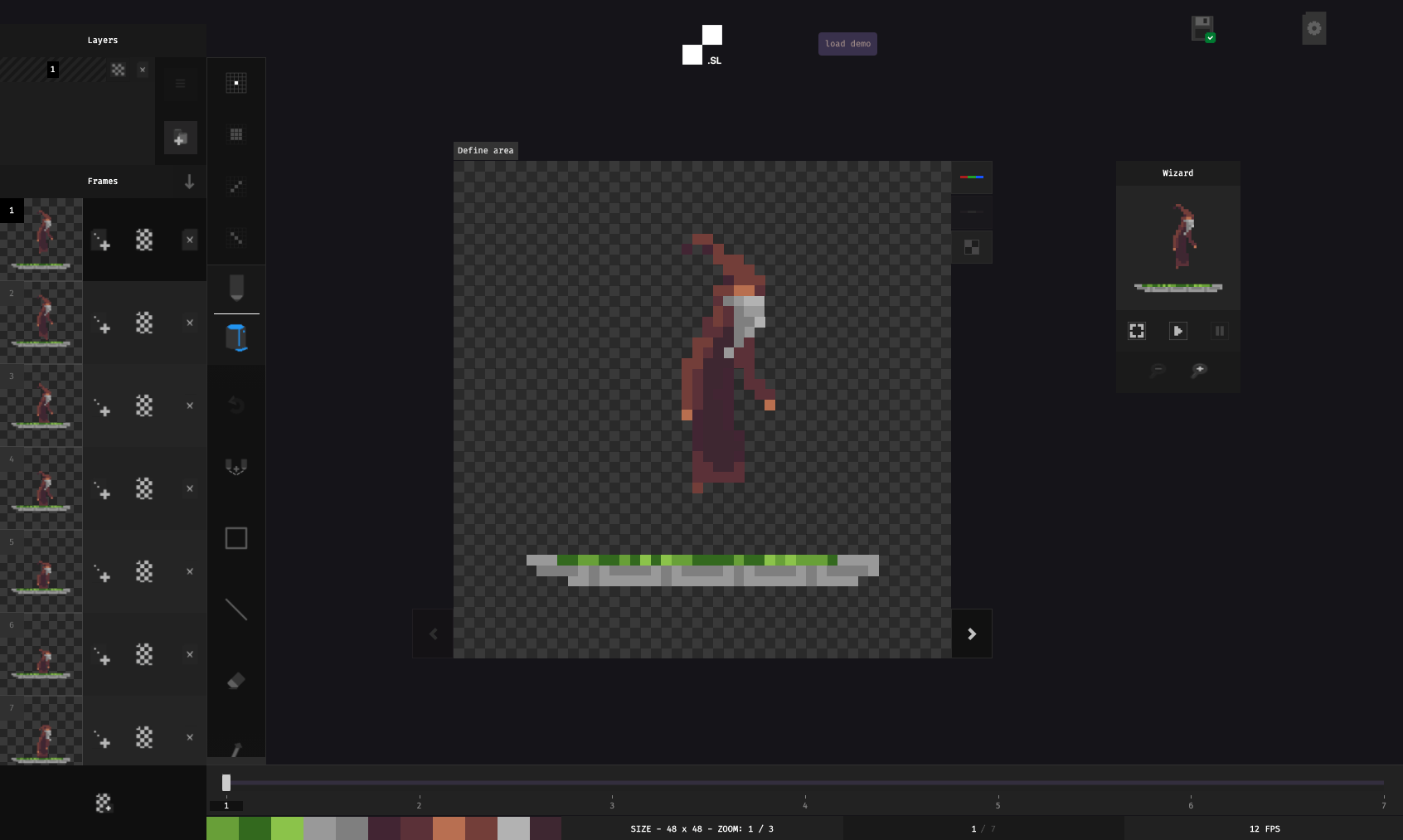 Spritelove is a personal project of mine that I really enjoy working on from time to time, even though I only work on it on my spare time I think it's worth a proper introduction.

The React Native version I released a couple of years ago on the App Store drew its second breath a couple of months back when I released app.spritelove.com, a much richer client intended for the desktop, unbound by the restrictions of JS-based drawing operations in RN.

Why yet Another Pixel Editor?#

I started this project because I was getting more into pixel graphics at the time and wanted to try building something like Piskel or Aceprite myself using React Native.

To answer the question, building something that could compete with these two giants wasn't remotely on the radar, but like with all personal projects - the expectations and scope tend to build up over time which is exactly what happened with Spritelove to.

I actually talked with the author of Piskelapp about collaborating but we dropped the idea since the way I was saving pixel data differed to much from how Piskel was doing it.

Although the RN version I released felt ok, I's miles away from how the desktop version is turning out now that I get to add features and without having to worry about screen real estate as much as I did before.

In this initial post I will let the animations below introduce some of the things you're capable of doing with Spritelove, on future posts I will write about the code & concepts more in depth.

Check It Out Yourself#